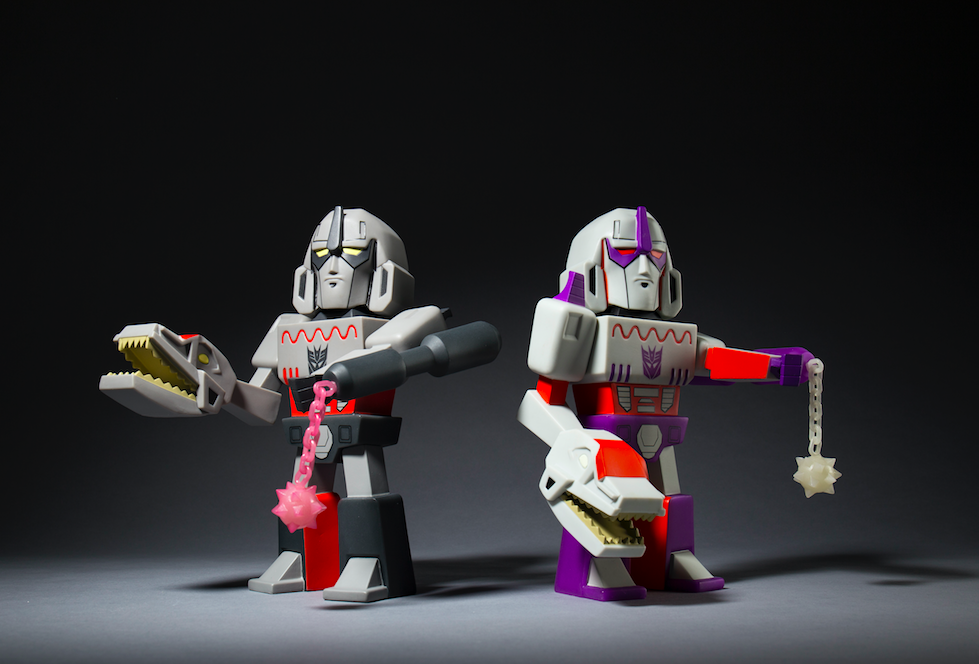 And here we have another awesome bog on the new Transformers vs GI Joe Medium Art Figure as told by our good friend Chris Holt aka The Toy Viking. You got the Cobra Commander medium figure, but you know you need his robotic bestie to complete your axis of cartoon evil.  So, dun dun duuuuuuuuun may I present to you….MEGATRON!  Dude is seriously mean looking, right?  You see him coming at you and you can throw your negotiating skills right out the window.  Unless that just happens to be a giant cat toy he has hanging down from his arm.  Is Megatron a secret kitty lover and his anger stems from the fact that he can’t enjoy petting them with his metal hands?  Have I single handedly found out the information that will forever change the landscape of Cybertron?  Can this please be what the next Transformers film is centered around?

This version is from the uber popular G.I. Joe vs. Transformers comic series, in which the two storied franchises finally collide over the fate of the Earth.  I’ve never had anyone fight over me before, let alone in space.  It’s kind of a nice feeling. 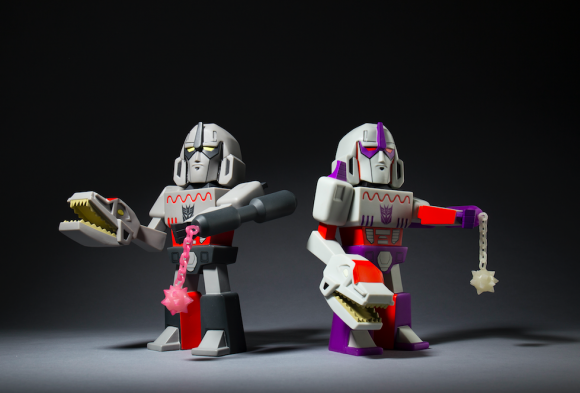 Available now in the standard and Kidrobot exclusive edition by visiting www.kidrobot.com.