Throwback Thursday The Rise of Rudolph by Frank Kozik. 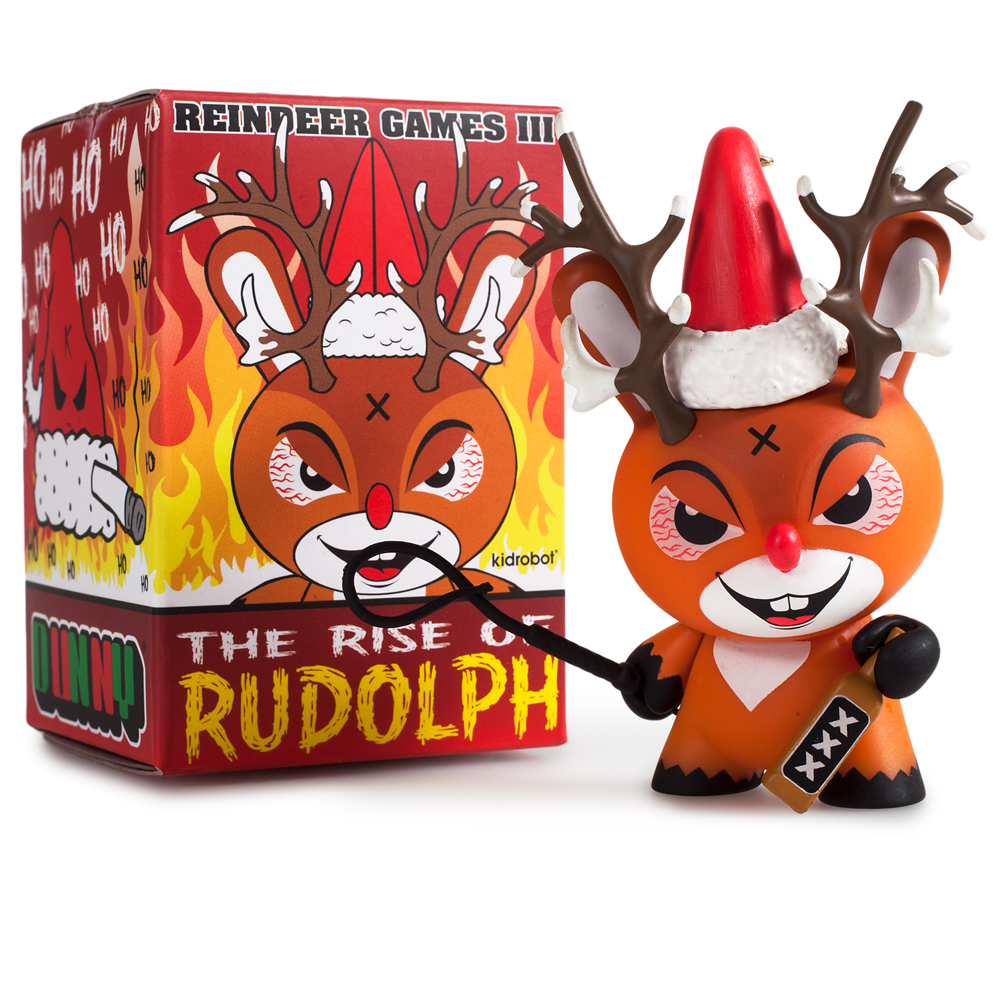 Ho ho ho and eight reindeer. Here is another Throwback Thursday blog for the Rise of Rudolph 3-Inch Dunny that released and quickly disappeared from Kidrobot.com.
This is not the Rudolph I remember from the beloved stop motion film. In fact, this reindeer has gone off the deep end.  Frank Kozik and Kidrobot captured the mania of this famous woodland creature in Dunny form, and there’s no better person to tell us about the Rise of Rudolph than the magic deer himself.  Take it away, blinky!
You know what’s awesome?  Having a Christmas song specifically about how great you are. You know what’s not awesome?  Actually listening to it and realizing it’s not all that flattering.  The whole thing starts off by pointing out my freakish beak and the fact that my relatives found it enjoyable to bully me and not include me in family game night.  Then it goes on to say that when I bailed their butts out and saved Christmas for everyone how they magically had a change of heart and started to love me.  Well, you know who doesn’t forget?  This reindeer, that’s who! Not that I could if I wanted to because whenever I turn on the radio this time of year I’m bombarded with flashbacks.  I really need to invest in an MP3 player.
Then one day I made a new friend. He’s kinda short, and kinda weird, and whenever he comes over he’s always riding a tricycle for some reason.  Anyway, we were hanging out one day and he couldn’t stop asking me if I wanted to play a game.  Little dude was seriously being annoying so I asked him what kind of game he was talking about, figuring that it was another one of those dumb board games my brothers are all obsessed with.  To my surprise this little guy was seriously messed up, like his brain was trapped in some horror movie franchise.  Then an idea struck me, and I took him over to meet the family.  To make a long story short Santa is gonna have to find a new way to power that sleigh because all his reindeer buddies have suddenly gone M.I.A.  Bwahahahahahahahaha!
Well, that took a dark turn.  Thanks for sharing your story, good buddy.  I guess if I was to put a positive spin on it I would celebrate the fact that Rudolph has finally found his voice and has stood up to those who would bully him.  Also,  I’ll probably get a few days off from work when I’m called to testify at his trial, so there’s that.  You can celebrate this interesting twist on a Christmas classic with this three inch Dunny. 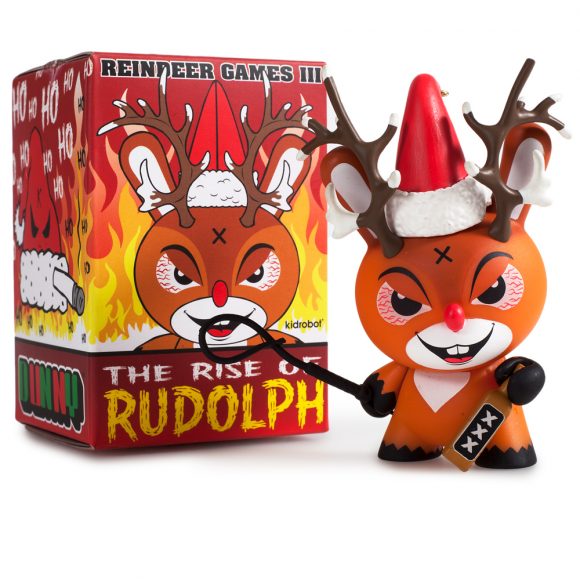 Snag one to update your holiday displays now at www.kidrobot.com.

The post Throwback Thursday The Rise of Rudolph by Frank Kozik. appeared first on Kidrobot Blog.