Spyro: Hero of the Dragon Kingdom 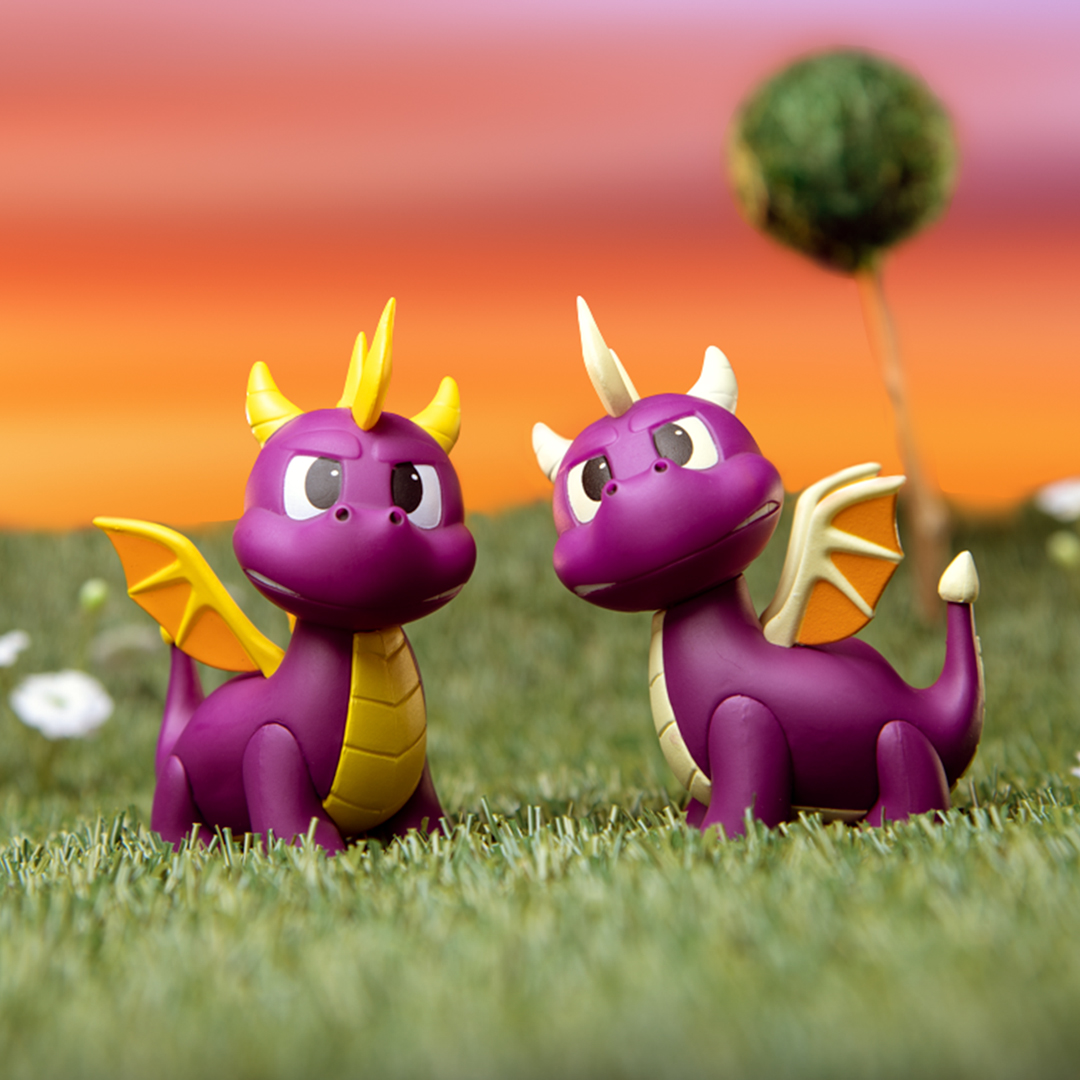 He’s back! Everyone’s favorite dragon swoops in with all his friends (and enemies) from the Spyro the Dragon videogame in collectible vinyl form and packed with 90s nostalgia. Filled with excitement for their all-new videogame release, these mini figures stand at 3” tall and include Spyro the Dragon, Sheila the Kangaroo, Sgt. James Byrd, Moneybags and the one and only Gnasty Gnorc. Spyro flies in with his familiar smirk just in time to save the day and bring some cuddly joy to kids and adults alike.

The Start of it All:

When the 5 realms of the Dragon Kingdom are encased in crystal by the hideous Gnasty Gnorc, Spyro the Dragon and his dragonfly companion Sparx, set out on the adventure of a lifetime and soon become legendary heroes.

Figures  included in this series:

The purple, fire-breathing dragon (and hero) you’ve come to love. Keep an eye out for the glow in the dark figure.

A minor villain in the Spyro series that frequently charges Spyro “a small fee” to progress in gameplay.

Hunter is a Cheetah companion who teaches Spyro several basics throughout the games, first appearing in Spyro 2.

A female mountain kangaroo who has appeared several times throughout the series in addition to appearing as a playable character in “Spyro: Year of the Dragon.”

A militaristic penguin who was raised by hummingbirds and first appeared as a playable character in “Spyro: Year of the Dragon.”

The final boss in the original 1998 game, Gnasty Gnorc is the part gnome, part orc creature that Spyro must defeat to free the trapped dragons of the Dragon Realms.

A club-wielding yeti who made his first appearance as a playable character in “Spyro: Year of the Dragon.”

A short dinosaur with “little dyno syndrome,” Ripto was the lead villain in “Spyro 2: Ripto’s Rage,” and appears in other installments of the game as well.

A female rabbit who served under the sorceress in “Spryo: Year of the Dragon,” until she realized how truly evil the sorceress was.

A faun from the world of Avalar, Elora is an ally who occasionally appears to give Spyro helpful hints.

Everyone needs a space monkey friend who knows how to shoot laser guns.  Agent 9 is your guy! Well, monkey.

Who is it? What is it? Where is it?  Keep your eyes peeled!

The post Spyro: Hero of the Dragon Kingdom appeared first on Kidrobot Blog.