So How Are Puzzle Dunnys Made? 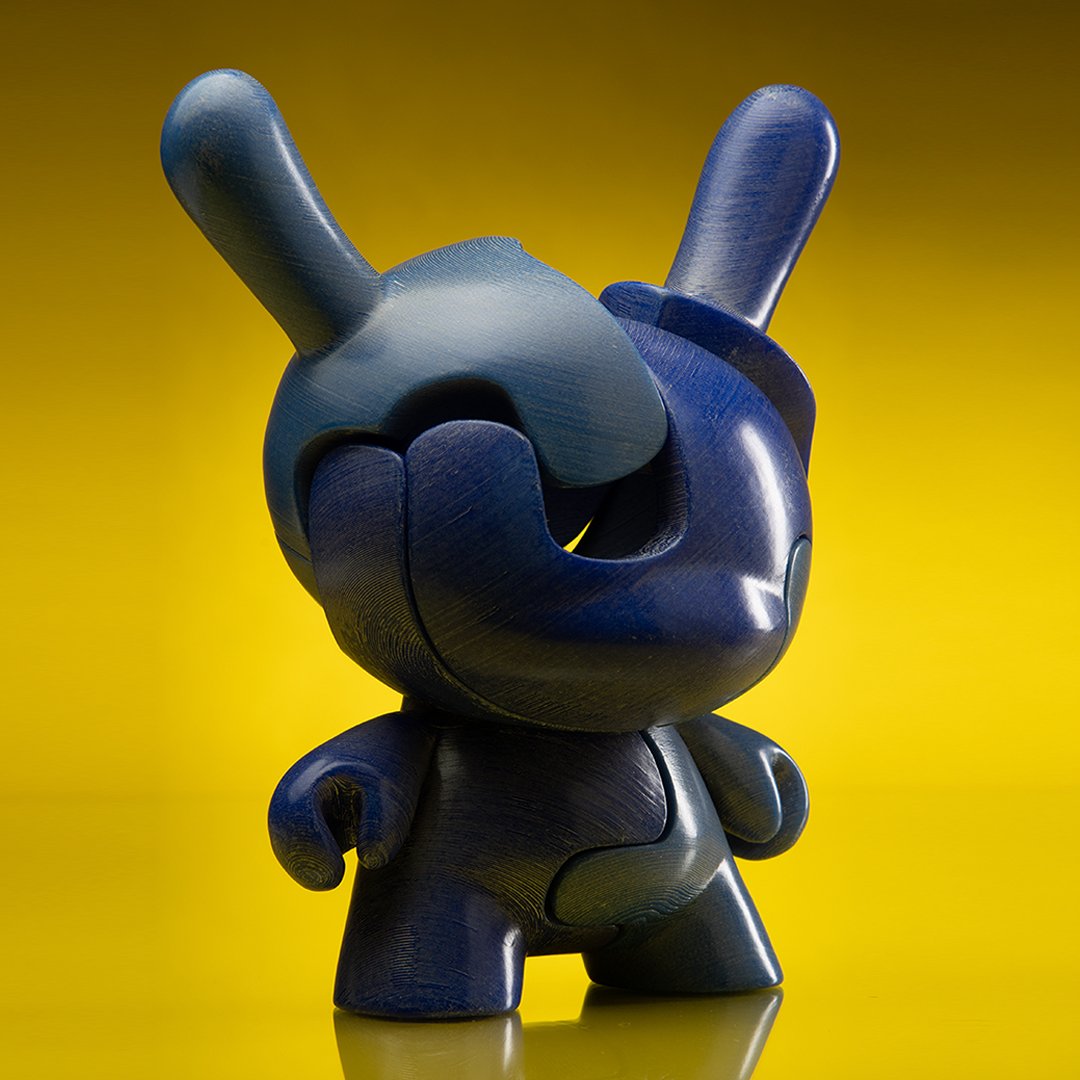 Since then, collectors have been chomping at the bit for the release of Kidrobot x Locknesters Puzzle Dunny 8” Art Figure, No. 2 – a vibrant blue/cyan with the same cut lines as No. 1 so that you can mix and match pieces from either version.

The interchangeable pieces, however, only scratch the surface of why these collectible figures are special. As Fleet Hower, owner and creative force behind Locknesters explains – it’s the blending of new and old-world technologies that make the creation of these art figures truly magical.

Each Puzzle Dunny first comes to life in a 3D printer. Hower, an architect by training, was on the ground floor of the emergence of 3D printing technology and quickly became a wizard, incorporating their use into his architecture life and ultimately, his designer toymaking world.

“But they come out rough,” he says of Dunnys that come off a 3D printer.  “So we treat them.”  And by “treat,” he means they sand them and tumble them. Tumbling, he explains, is the process of placing rough-edged objects in a barrel with water and media (rocks or metal balls), and tumbling the barrel. As objects crash together, the rough parts on the Dunnys are worn down and smoothed out. It’s a finishing process that’s used for a wide variety of objects that you’d never suspect – doorknobs, for example.

After tumbling, the finishing process wraps up with a thorough cleaning of the Dunnys and the application of a water-based topcoat seals the deal.

Be sure and snatch up Puzzle Dunny No. 2 while you still can, but also be on the lookout for upcoming pieces to the puzzle and other surprises – the Kidrobot x Locknesters partnership has more legs! ;)

Based in Brooklyn, New York, Locknesters is building a solid reputation for a unique designer toy company – and they’re only 3 years old! Check out their website, their designs, and most definitely their designer toy production page.

The post So How Are Puzzle Dunnys Made? appeared first on Kidrobot Blog.