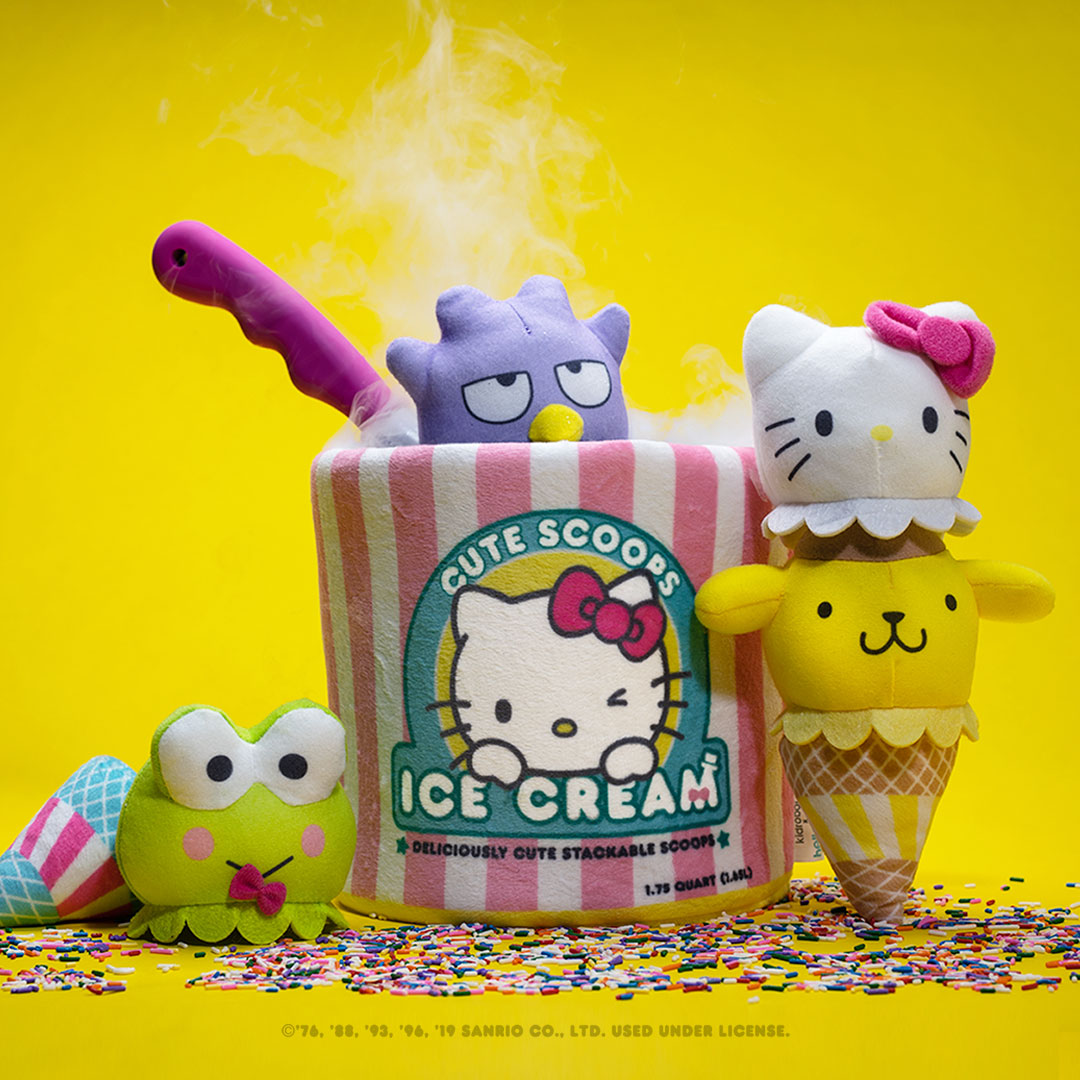 One of Sanrio’s most recognizable characters, Kitty White – aka Hello Kitty – is a third grader with a heart of gold. She loves traveling and reading and exploring and tea parties!

Twice voted “Most Popular Sanrio Character,” Pompompurin is a baby golden retriever, unmistakable in his brown beret. He loves milk, things that are soft, and cream caramel pudding. His favorite way to pass the time is sleeping (of course!)

While you may remember him as the spiky-haired penguin who served as the official mascot for the 2006 FIBA world championship of basketball, Badtz-Maru has also been portrayed as an astronaut, motorcyclist, DJ, camouflage monster, basketball player, and more!

Keroppi is everyone’s favorite frogs from Donut Pond. He’s an excellent swimmer and a terrific singer – but not at the same time, of course! When he’s not busy eating rice balls, you can catch him making appearances in video games or hanging out with his best friend – a snail named Den Den.