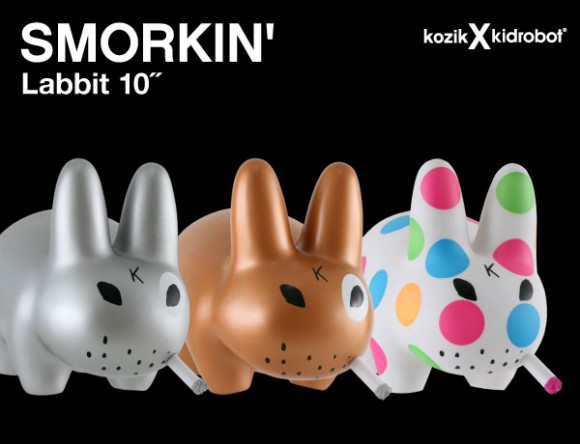 Where there’s smork, there’s Labbit. Frank Kozik’s nicotine-addled creation returns August 6 in 10-inch form and 3 new eye-popping colorways: Bronze, Silver, and Day Glo Polka Dots. Only 850 of each made, $50 each.