NYCC By The Toy Viking

While we all sat and attended our booths like the good boys and girls that we are, Chris Holt aka The Toy Viking was able to attend and see make the rounds to see what was up and the talk of the town for the con. While he was there, he of course stopped by the Kidrobot booth to pay us a vist… Here is what he has to say about New York Comic Con 2017.

New York Comic Con has come and gone and thanks to all of you this year was absolutely insane!  We’re talking Black Friday level busy every day in the booth as people were going nuts for our exclusives.  Plus, we had artist signings from Tara McPherson, Brandt Peters, Quiccs, and Andrea Kang who shook hands, kissed babies, and doodled until their pens ran out of ink.  Check out all the pics from the event and be sure to visit us at our next convention when we invade DesignerCon in November. 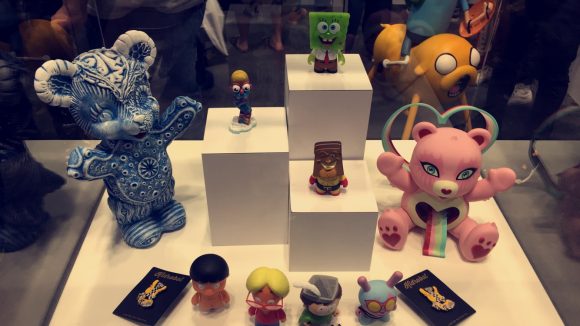 The post NYCC By The Toy Viking appeared first on Kidrobot Blog.