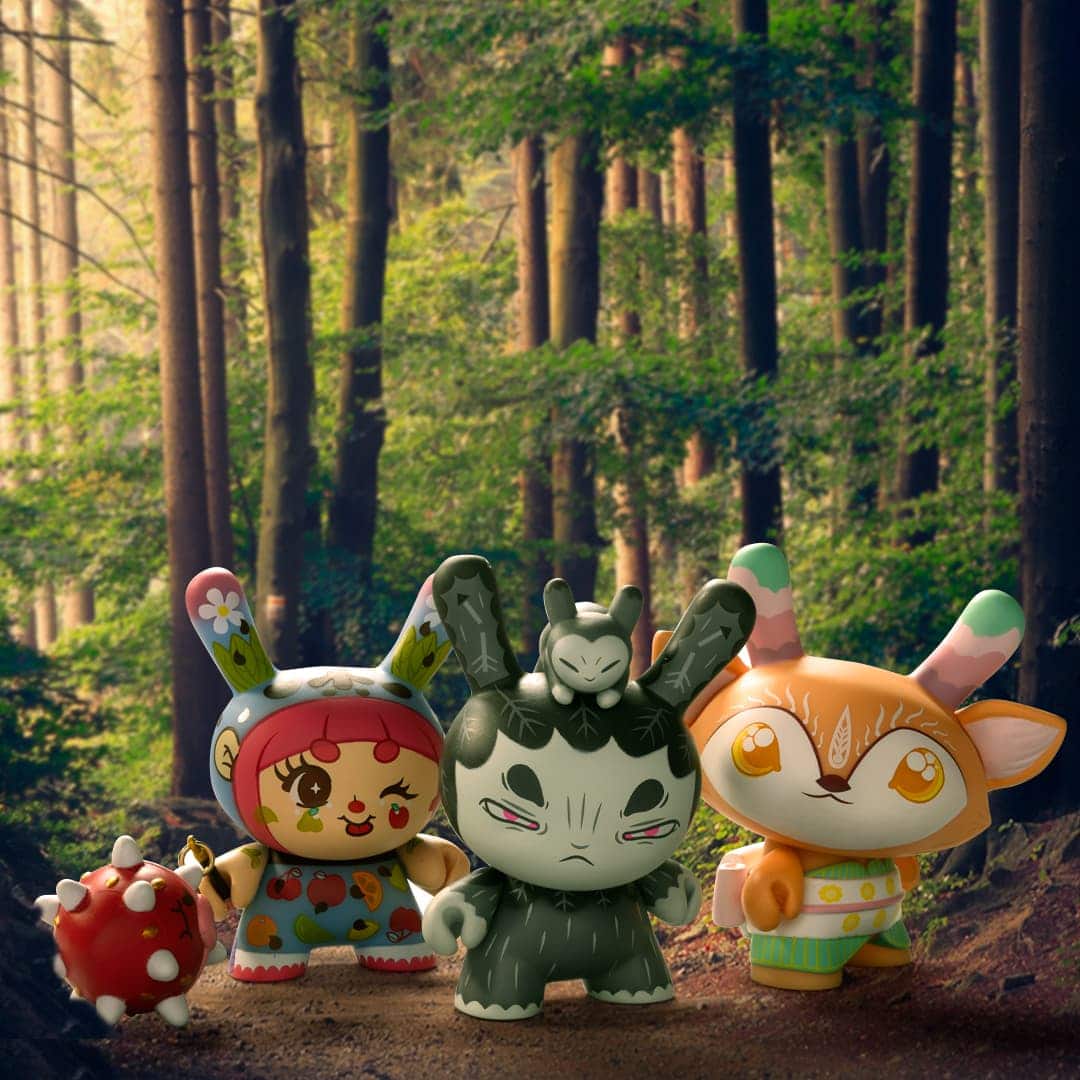 Without the natural world, there is no life. The forests which act as the lungs of the earth, the oceans that cover 71% of the planet’s surface, the 11% covered by the crops that feed us, and the macro and micro systems that link them all together – are all part of the infinite cycle of nature. And while today we use terms like “nature immersion” to describe a three-day trip where you burn PTO, in mythological times it was simply called “life.” We were just one more species on a wild planet seeking shelter and nourishment and explaining our existence through fantastical tales of gods and goddesses who created all things and even had very busy lives outside of our meager existence. Among other things, they were responsible for keeping the wheels of nature turning. Every leaf in every forest, every insect scaling a rock, every fish migrating upstream, every burrowing owl, and so much more – all had gods and goddesses that served and protected them. Enter the “Nature” goddesses of the upcoming Spiritus Dea series:

Japanese goddess Inari Okami has taken on a lot of shapes throughout history. From man to woman to kitsune (fox), snake, or dragon – her shape has morphed as many times as the mythologies surrounding her. Over the centuries she has been associated with swordsmiths and merchants, blacksmiths, and warriors, and also kitsune (foxes) and rice. Prior to money replacing rice as the measure of wealth in Japan, Inari was worshipped as a provider of life to the rice fields. And in modern day Japan, she remains a popular figure in both Shinto and Buddhist religions, with a large number of shrines dedicated to her.

On choosing to interpret Inari Okami in 3” Dunny form, artist Tomodachi Island says “I had to do a lot of research to find not only a goddess who would fit my style but also one that I could relate to. Inari is often represented as male, female, or kitsune and given that I have a very strong connection to foxes and use them frequently in my work, Inari was a goddess that immediately spoke to me. I have made my own interpretation of her and have brought the fox and female into one form.”

Her fur is a soft peach color, the inside of her pointed kitsune ears are an even softer pink. Her emotional, honey-colored eyes are large and stylized in a way that most associate with Japanese anime. She’s dressed in a traditional Japanese garment and though she is leaning towards the minimalist end of design, every mark and line on this 3” Dunny figure is clean and expertly placed.

Traditionally, Diana is the Roman goddess of the moon, the hunt, and is the virgin goddess of childbirth and women. She is portrayed as having the ability to communicate with forest creatures and control their actions. Myths often describe her as a beautiful young woman with a quiver of arrows slung over her shoulders, wearing buckskin shoes or walking barefoot through the woodlands. She’s frequently joined by animal companions such as deer and dogs and kept her hair in a bun while hunting.

In choosing to design a Diana figure for the Spiritus Dea series, artist Yoii decided on a modern spin, saying “the original story of Diana was a depiction of her as goddess of the hunt because the sport was popular in early Roman and Greek culture. I thought by using her affinity with the ‘wild’ in those times, I would add a twist to her character align with the changes taking place in many of the wild places in modern times. Nowadays animals are threatened and many species are becoming endangered by human consumption. So rather than being affiliated with the ‘hunt’ her affinity with wild creatures would become a concern for their protection.”

The first thing you see when you look at this Diana figure is the bunny draped over her head, its eyes closed in narrow slits as though resting – with a mischievous smile drawn on its puffy cottontail. Diana’s body is gray and covered in lines that resemble branches, presumably to disguise her stealthy forest-movements. Her eyes are red and fierce, symbolic of the strong protector of animals that Yoii designed her to be.

Azer-Ava, whose name translates to “forest mother” or “the friendly tree goddess” is a fairly obscure ancient Russian goddess who is said to stock the rivers and streams full of fish so that fishermen and their families might eat well. She is a bringer of rain, ensuring that all the fields – especially corn fields – are producing crops and all the trees are filled with fruits. In short, she is a provider. A goddess of abundance.

When choosing which goddess to design for Spiritus Dea, artist Mia Alvarez says that it’s the provider aspect that draws her to Azer-Ava, who she calls “an eternal creator of fruits and life.”

Fittingly, this 3” “forest mother” is covered in an abundance of fruits. Everything from oranges to cherries and pears and even kiwis. Her ears are covered with tall-standing flowers and leaves, signifying healthy growth and she’s giving a playful wink that says “I got you” as she clutches her heart-adorned, spiky morning star.