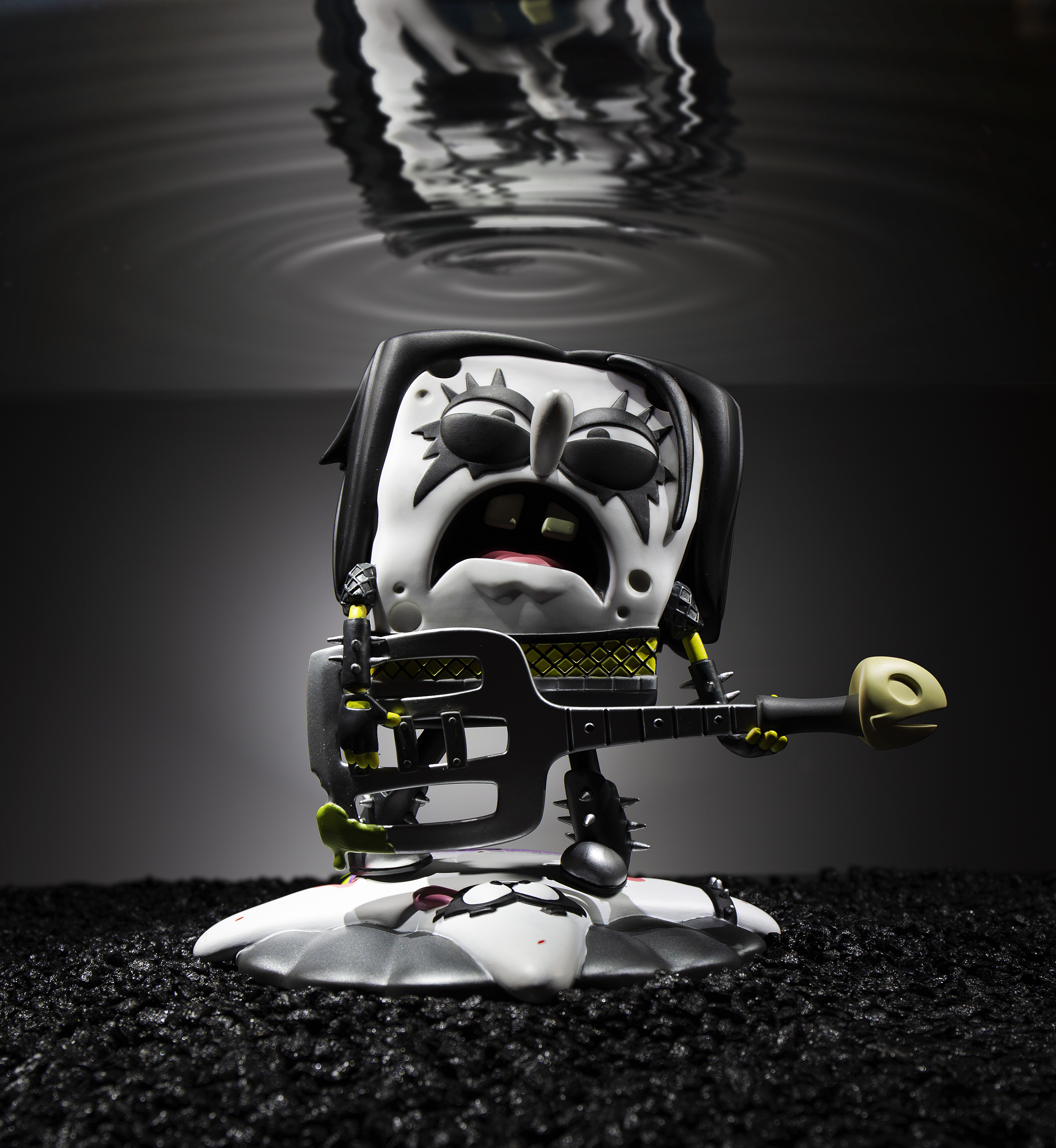 We ALL know who lives in a pineapple under the sea, it’s Spongebob Squarepants! Here to tell you a little bit about the new Kidrobot x Nickelodeon SpongeBob Rockpants vinyl art medium figure is our own rockstar, Chris Holt aka The Toy Viking!

Bikini Bottom…Are…You…Ready????? Designer toy king Frank Kozik and Kidrobot have brought the metal to everyone’s favorite anthropomorphic kitchen scrubber with this SpongeBob Rockpants medium vinyl figure. He’s decked out in his finest stage gear, equipped with a spatula guitar that’s tuned low enough to raise the dead, and ready to wreck the ear drums of his fellow ocean dwellers. Do fish they even have ear drums? I mean I guess they do because everyone on the show is having conversations with each other and if I’ve learned anything it’s that cartoons are held to the strictest standards that demand they are based on fact. So yeah, all fish have ear drums and they love metal. Ok, joke time: how do fish prefer to listen to music? They STREAM it! Get it? You can use that if you want.

You can Reign in Chum right now by visiting www.kidrobot.com and adding this figure to your collection.  Don’t be surprised if your disco records suddenly find themselves in the trash.