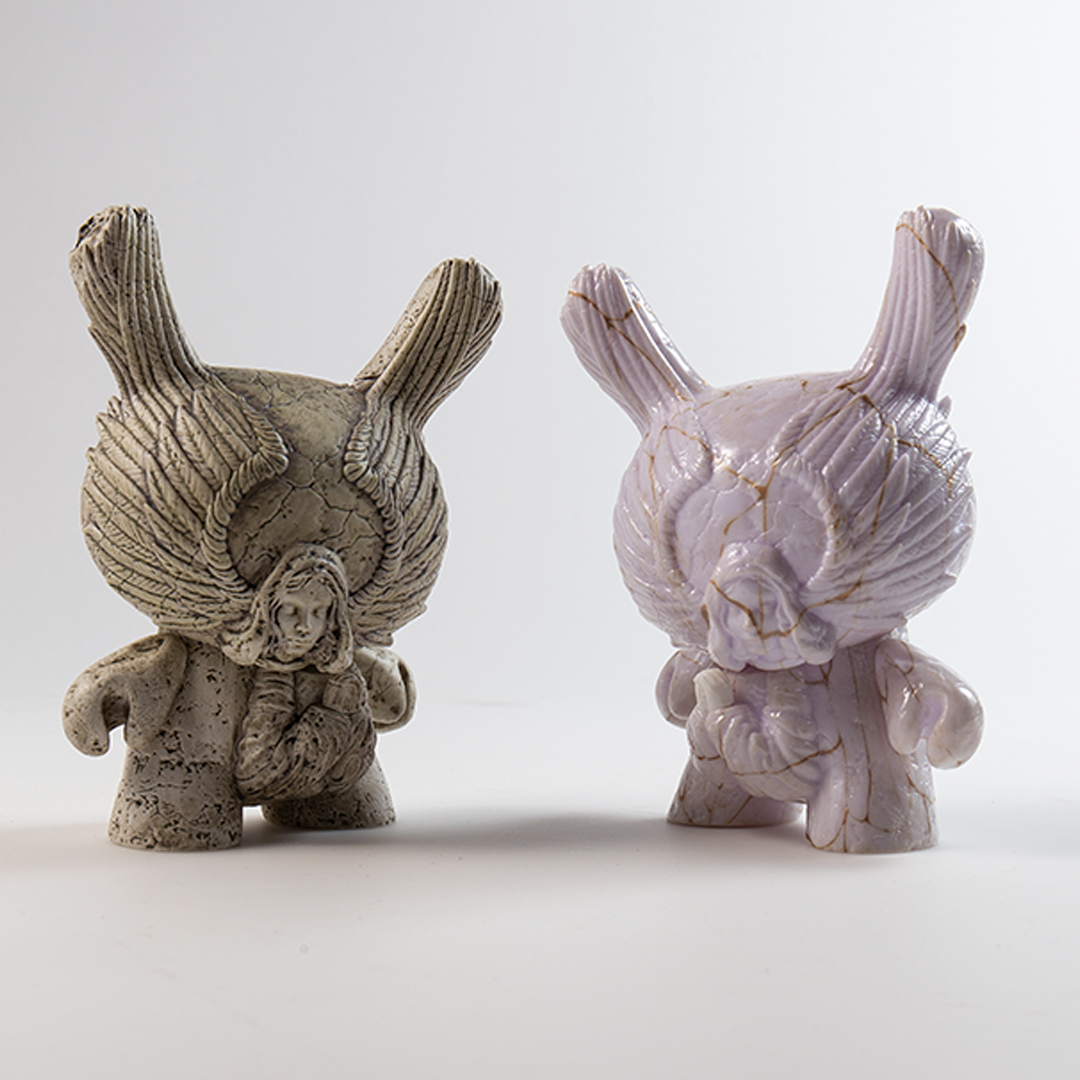 Continuing the world of Kidrobot x Arcane Divination, the 5″ Gabriel Dunny by artist, J*RYU brings together the previous release of the fallen angel, Azazel. Here to speak to the release is our good friend Chris Holt, aka The Toy Viking.

The Arcane Divination from Kidrobot is a world that lives in both the conscious and unconscious; it is a beginning, middle, and an end to stories we know by heart and those yet untold. It’s creator is J*Ryu, who is the master at imparting emotion into every figure he creates.  He is now adding to the mythology of this ever expanding concept with his latest 5 inch Dunny, Gabriel.
Gabriel is one tough hombre, and as portrayed in John Milton’s Paradise Lost, is responsible for leading the army of Heaven into war against the forces of evil. The Archangel is especially noted for his trumpet, the sound of which will raise the dead from their graves. If you had asked my parents when I was a teenager, they would have sworn my guitar playing had the same effect. You really can’t expect everyone to have a taste for the avant garde, so keep practicing Gabriel, and before you know it you’ll be able to play all of your favorite songs.
The antithesis of Jon Paul Kaiser’s Azazel, this Dunny will shine a light on any darkness that is plaguing you. If it’s a more literal darkness as opposed to a metaphorical one, try adding more lamps to your living space. Light is important so you don’t strain your eyes.