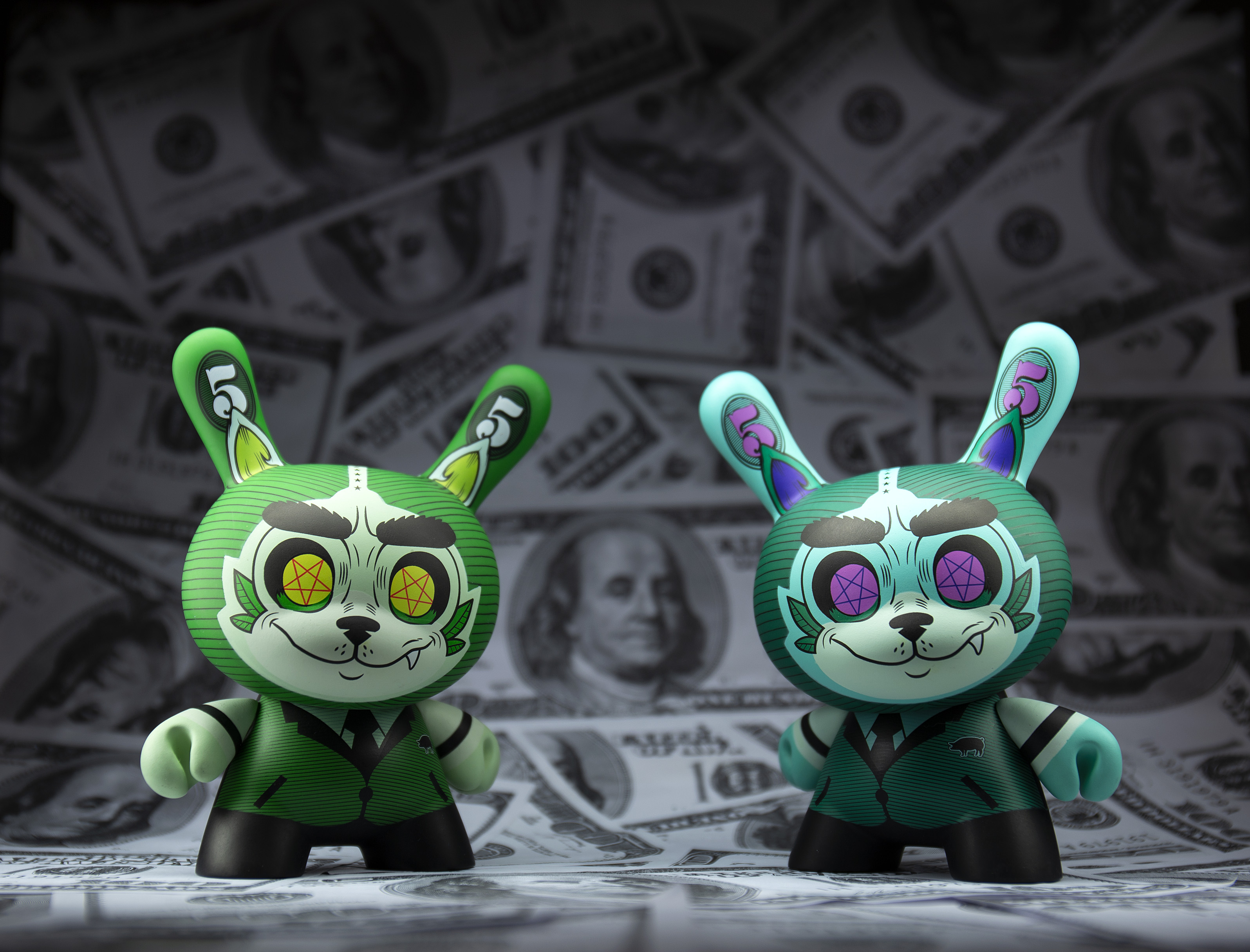 Here to howl a little something extra about Kidrobot’s new 5″ Cash Wolf Dunny by in house designer, Josh Divine is our good friend Chris Holt aka The Toy Viking.

I needed Cash Wolf in my life last week when those lottery jackpots were outrageous. Kidrobot resident artist (and dude with the professional wrestler name) Josh Divine is pleased to present the latest release utilizing the 5 inch Dunny platform. Like I said before, I’m sure he could have brought me better luck than I had when I was trying to become an instant billionaire. I had this crazy idea for how I was gonna quit my day job too: I was going to buy a ridiculously expensive sports car, tape a note to the front that detailed my resignation, and drive that sucker right through the front door of my employer. I figured with sick money like that I could have easily afforded whatever repairs it would have involved and it would have been quite the legendary story. As cool as it would have been though, in reality I’m way to cheap to have ever done that, even if I was presented with one of those giant game show checks that would instantly swell my bank account to bursting. I’d probably splurge and buy the really nice toilet paper for once, you know the one that the cartoon bears are so big on. That’s how kings really live.

I really don’t know how Josh finds the time to create all the toys that he does. He has all kinds of design responsibilities across the board for Kidrobot in addition to his own releases. And he’s created pins and a resin figure that sold out the first day of this year’s Five Points Fest. The obvious answer to his impressive time management skills is that he forgoes sleep in an effort to make cool things. He’s up all night, neglecting his own well being so that our shelves can be packed with visually interesting objects.  Also, he didnt win the lottery either, so he’s gotta hustle to make that magic happen.
This Dunny comes is two colorways because the only thing better than money is more money. There’s the standard release and the uber limited Kidrobot.com exclusive version that is sure to be a highlight in your toy portfolio. Get em both now at www.kidrobot.com.