Getting to know the Kidrobot Crew – Josh Divine

You may think that there are super cool robots making the Kidrobot stuff, you may think that Kidrobot is some HUGE company with offices on offices of boring people sitting behind desks or you just may not think about what’s really behind the name at all. But in the case that you do want to know not only the art pieces, but the people behind it…. we’re here to invite you to the Kidrobot family. Get to know us, we promise we are pretty cool. So lets get it started.

If you watched the Kidrobot unboxing of the Labbit Band Camp series, you’ve met Josh Divine. If you haven’t..check it out! HEEEEERE’S JOSH: 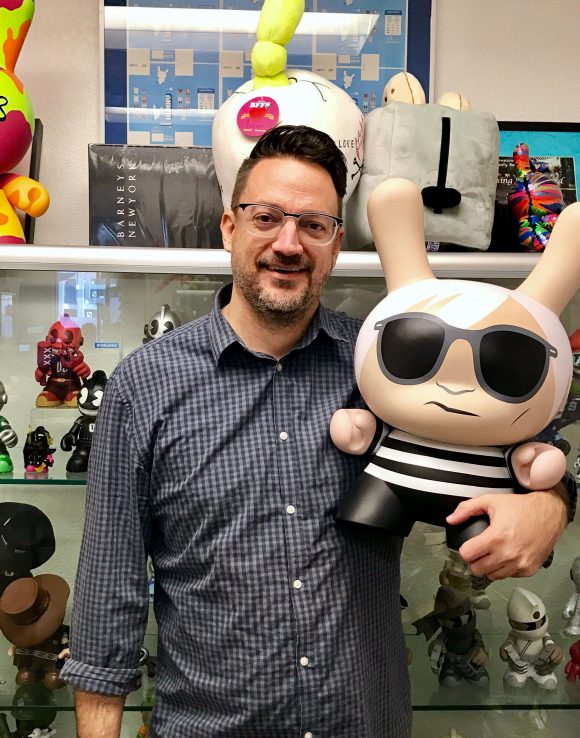 We love Josh because he is always the first person to make you think twice about the average day to day things…you know, those things that we as humans just are socially constructed to do and not wonder why. Why DO we ask “how are you?” if you don’t actually care? He is that person you don’t want to take a giant gulp of your water when he is talking because you will probably end up just spitting is all over the table in laughter. We think it’s pretty cool that this guy can start the day with a blank sheet of paper and by the end of the day… have an entire sheet of awesome concepts for all our fans to drool over. So this post goes out to Josh. You’ve made some cool stuff and kept us laughing while doing it.

****If you have any questions for Josh or the cool stuff he does, please feel free to comment below****

The post Getting to know the Kidrobot Crew – Josh Divine appeared first on Kidrobot Blog.