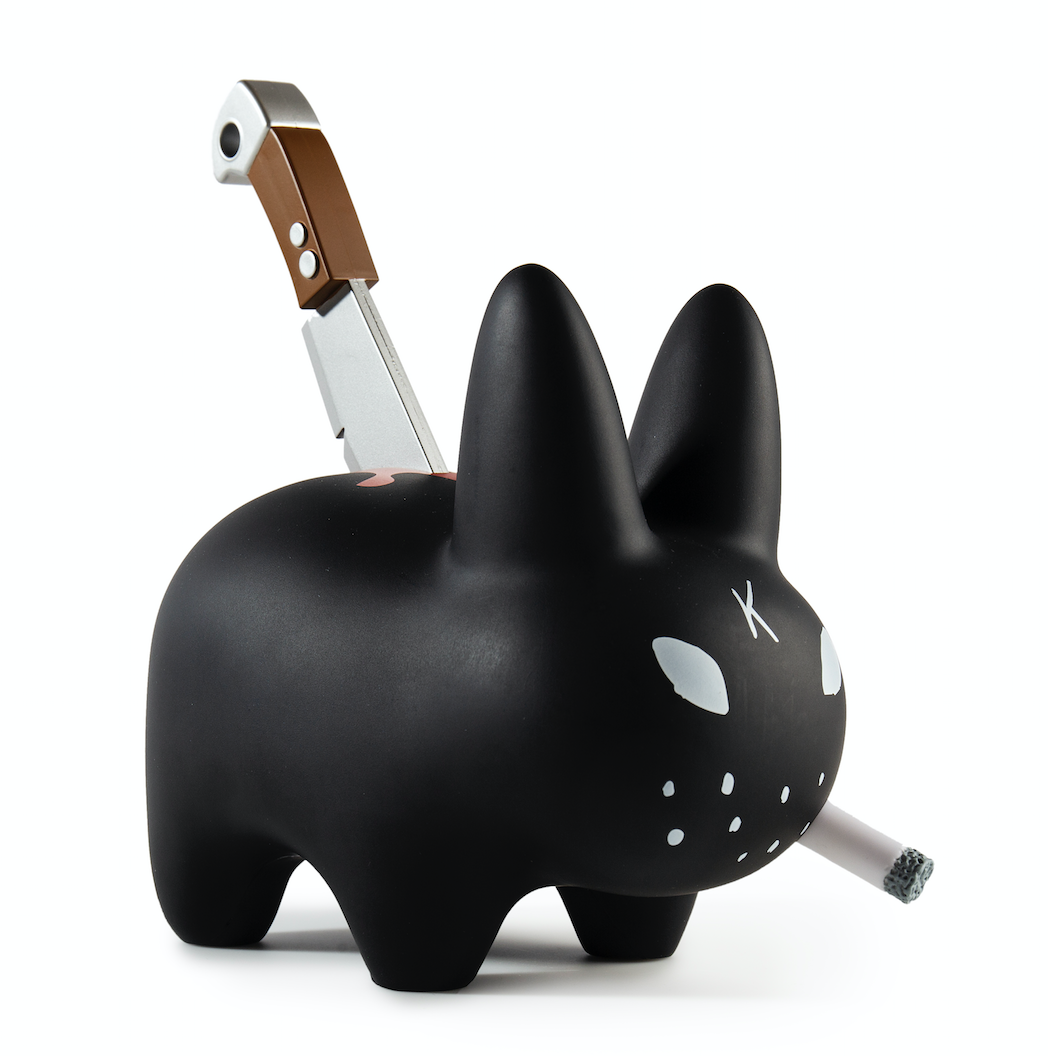 Here is another blog by our good friend Chris Holt aka The Toy Viking on Kidrobot’s new 7″ Vinyl Backstab Labbit by Frank Kozik….. It’s been far too long since Kidrobot and Frank Kozik have graced us with the presence of a new Labbit and thankfully we have to wait no longer.  The All Father of the American designer toy movement has put his most famous creation through tons of different scenarios in the past, but none seem so urgently in need of medical attention as the brand new Backstab Labbit.

Sure, smorkin is bad for your health, but misguided kitchen knives are even worse.  This Backstab Labbit may be a metaphor for the figural type of back stabbing, in which someone you know and trust suddenly turns on you.  Or it could be the very literal sense of the term in which someone relocates a sharp object into your lumbar region for varying reasons, ie Julius Caesar and that whole Ides of March debacle you slept through in history class.  Either way this vinyl dude is completely unbothered by his predicament, probably because he has really good health coverage.

There are two versions of this guy: The white version, which is the more widely available one and the black version, which is a Kidrobot exclusive.  Obviously you need them both so head on over towww.kidrobot.com and get to it!